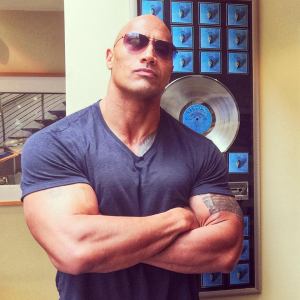 I’m part of a random group of ‘over 40s’ friends on Facebook who are trying to motivate and encourage each other each other on our respective journeys to lose a bit of weight, and reclaim some of our youthful zest and good health.  Somehow this seems so much harder after a certain age…our bodies just aren’t going to be bullied the way they used to. They seem to have reached the point where they’re simply not putting up with our dysfunctional shit anymore, and fair enough.  But we end up at a loss as to what works and what doesn’t, and more importantly, why. Which is frankly sometimes exhausting, in already exhausting circumstances.

Anyway, as part of supporting each other some of us are sharing our stories on how we got to where we are, and so I took a deep breath and decided to share this guilty little secret with them all.

Looking back over what followed, I guess it started out a bit like a humble brag, wrapped up as some sort of motivational tool for myself…but as I thought the whole thing through, I realised it was more than that. A lot more than that.

Anyway…in about 2003 or 2004, this guy was making a movie in Sydney, and during that time he frequented what was pretty much my second home, a particularly well known gym in Sydney. At the time, it was a twice a day, six day a week obsession for me, so it was probably inevitable our paths would cross, and sure enough, they did.

At the time, it’s probably safe to say I was fairly unhealthily preoccupied with my weight and appearance, as I had been for many years. I’d kind of gotten to the point where I was working so hard, and watching my diet so rigidly, that I had pretty much ground myself to a standstill. My progress was nil…as in, I couldn’t seem to lose any more weight, or gain any more muscle, no matter how hard I tried. And I tried.

My life at this time was completely out of balance, and I had absolutely zero perspective on anything, for a variety of reasons. And my over-arching focus, in fact, my only focus really, was to diet and exercise until I reached a point where I felt happy with myself. Unfortunately, that point always seemed to remain elusively out of reach.

This wasn’t anything new. I had probably struggled with my weight since childhood, with regular slides into full-blown anorexia and bulimia from about the age of 15 onward. I won’t go into details here, but suffice to say, this was just the latest manifestation of a very old, very persistent demon…I was by this stage 34 or so. I wondered when it would all stop, where the merry-go-round of diet/exercise/binge/purge/starvation/exhaustion would end…after nearly 20 years of it, I just wanted to get off.

Unfortunately, it didn’t end there. In fact, it was about to get worse, much worse.

In a gym that is a mainstay of professional bodybuilders, it’s not hard to get your hands on things if you’re determined to, and I was determined. It was easy enough to find someone to sell me a ready supply of a certain appetite suppressant that had recently been withdrawn from the market due to its negative side effects…I didn’t care about this, I just wanted to not eat…to not WANT to eat. I bought them, and I took them, and holy of holies, I started shedding those stubborn pounds.

I wasn’t fat when I started taking these pills, so when I lost about 6 or 7 kilos in under a month, it was very noticeable. I was probably sitting well below 60kgs at this point. My trainer commented on it, other people complimented me on it…I felt over the moon. But somehow, it wasn’t enough…it was never enough. I was never enough.

It was at this time, I came across our friend here. I think I remember seeing him around the gym, but I was SO focussed on my work outs, and so intent on keeping my head down so I wouldn’t have to meet any judgemental eyes (which I was sure all said “what is that fat girl doing here???”) I didn’t really pay much attention.

One day, I was setting up on a piece of equipment, and my eyes carelessly flew around the room. I saw a guy there, a big guy, with a lot of other big guys. He smiled at me, a big, white, beaming smile, and gave me a little wave.

I put my head down and got on with my set.

Let’s just take a minute to digest that. The Rock, Dwayne Johnson, had just smiled and waved at me in the gym, and I ignored him.

It wasn’t until later, probably days later when I saw him again, that I realised who i’d brushed off. Of course, no further attention was paid that I noticed (and I probably wouldn’t have realised if he had), and soon he was gone, his Sydney stay done. Little did I know that my own time in Sydney was shortly to come to a close also….these magic pills I was taking were doing unimaginable things to my brain and I was busily losing the plot…but I was so focussed on the idea that once I lost enough weight, I would be happy, that I couldn’t see how my life was falling completely apart.

Anyway, I guess the part that I wanted to reflect upon here is how i’ve spent a good part of my life obsessing over my weight, and doing very dangerous things to achieve a certain ideal, hoping that when I got there, I would be happy with myself, and life could begin. The problem was, even where I was ‘there’ I didn’t realise it, and I couldn’t enjoy it. I’ve wasted so much time wishing and working for this ‘key’ to my happiness that i’ve let much of my life pass me by. And unfortunately that’s not an exaggeration, that’s a fact.

So as I was running sweatily and awkwardly on the treadmill on the day I wrote this, pushing my aging and heavy body through that familiar barrier of self-doubt once more, I was thinking about where my motivation springs from these days. I gave away self-loathing long ago…that girl who couldn’t possibly comprehend that this random guy at the gym – never mind that he was who he was – actually found me worthy of this brief moment of his attention, who felt so unworthy deep inside of herself that she couldn’t conceive that anyone would pay her notice as anything other than a joke – she’s gone.

But the truth is, i’m still working hard on what to replace her with…it’s not easy, and it won’t ever be easy…i’m a work in progress, always. But I can say that i’m finding peace within myself, and acceptance, and yes…even self-love. And i’m realising too that self-love involves self-care, and that care sometimes involves getting up onto that treadmill when I feel tired, and lumpy, and unfit, and old…and just moving. Moving to find ease of movement, to find satisfaction with being in this body, to find gratitude that I can still move it and that it serves me well despite all i’ve done to punish it…but above all, to find peace.

Oh, and Dwayne The Rock Johnson, if you’re out there…I promise I won’t diss you a second time lol 😉