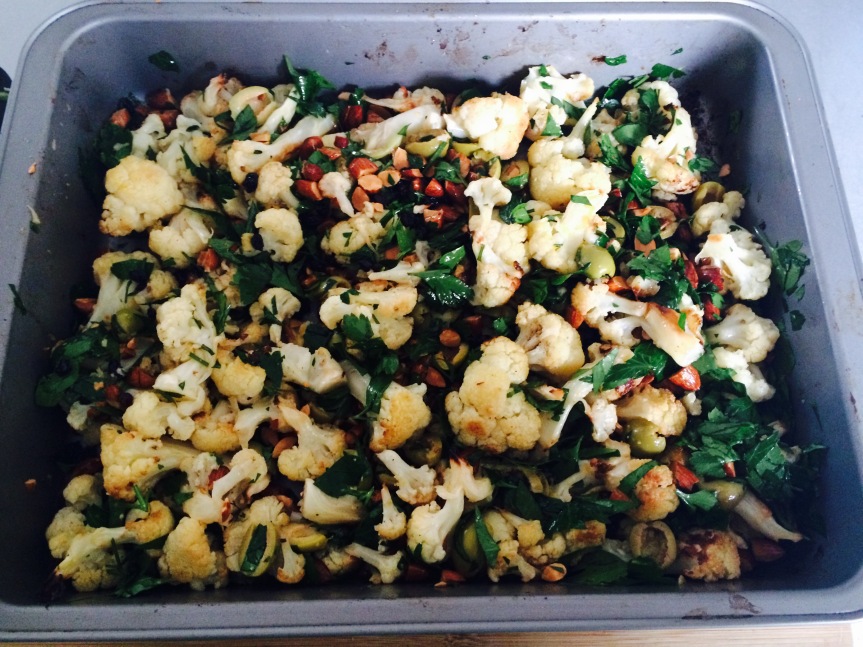 Cauliflower seems to be having a moment in the sun lately.  When I was growing up, it was much dreaded on any dinner plate…having been boiled to within an inch of its life, tasteless and with an awful texture.  Now, however, we’re starting to see just what a magic little powerhouse it really is – versatile, tasty, practically fat free and packed with vitamins C and B-6. How could you say no?

Cauliflower is showing up in everything from the ever-trusty cauliflower cheese (comfort food heaven) to being finely ‘riced’ and used as a carb-friendly substitute to grains, being steamed and shaped into pizza bases, or being roasted whole with spices as a hearty vegetarian main course.  It holds other stronger flavours brilliantly, and it lends itself to so many interpretations – so it’s unsurprising that the humble cauli has become vegetable of the hour 🙂

I’ve made this recipe many times since I first spotted it last year – it is absolutely delicious on its own, but I sometimes have it with a simple fillet of grilled white fish for dinner, or with cold sliced chicken breast in a jar for a quick work lunch.  I’m also a bit addicted to labne these days, so anything that includes that is a winner in my book! 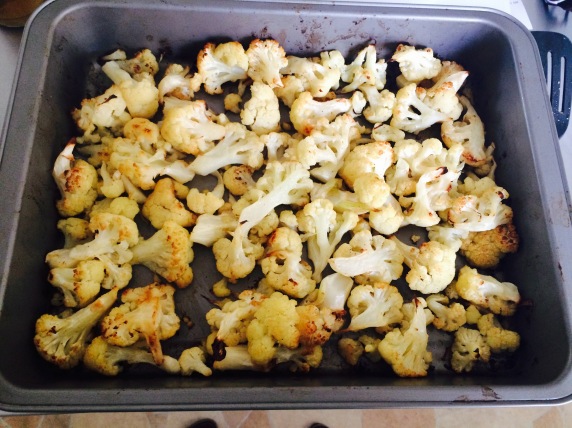 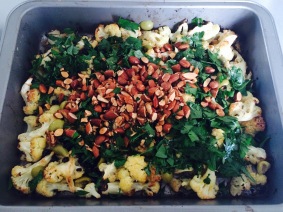 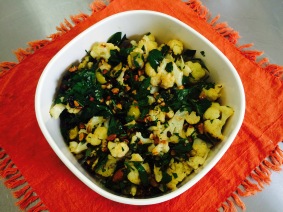